The reticent actor talks about looking at the lighter side of things in ‘Triples’, a comedy series releasing on Friday

In an industry where up-and-coming heroes do multiple photoshoots and release statements every other week to stay in the limelight, Jai is somewhat of an oddity. He rarely gives interviews. He is not too active on social media. Even during the release of his films, you hardly seen him giving promotional interviews.

“If we cook at home, do we keep saying, ‘Super-ah irukku?’ That’s the job of people who consume it, right? Similarly, for the films I have done, I expect audiences to say what they feel rather than me talking about it,” says Jai, when we pin him down for a Zoom call, “Sometimes, I would be impressed with a storyline but after it is made, I would realise that something has been lost in translation. In such cases, I don’t want to promote it and make myself feel guilty. An average theatre-goer spends more than ₹ 1000 when he goes to a theatre with his family…I do not want to subject him to that.”

Jai is making an exception with Triples, releasing on OTT platform Disney + Hotstar VIP on December 11. Produced by Karthik Subbaraj’s Stone Bench and directed by Charukesh Sekar, the series will be high on witty one-liners and situational comedy. “I think humour is in-built in me,” he smiles, “Whenever I am doing a scene that involves humour, I know that the audiences will laugh when they watch it…that gives me the confidence to do it better.”

He believes that Triples will have a lot of such scenes that will have audiences laughing hard. “Even generally, when you are going through a rough time, you perk up if you watch a comedy scene on TV. So, given the troubled times we are in now, a film with humour is more important for audiences rather than horror or a serious subject,” says Jai. But that does not mean it is easy for him, as an actor. “Making someone laugh is tough, because it depends on your body language and dialogue delivery.”

Triples, the majority of which was shot in Chennai and Goa, will be a tribute to Crazy Mohan’s style of comedy. “My all-time favourite film is one of his… the Kamal Haasan-starrer Michael Madana Kama Rajan; I watch it every month actually!” 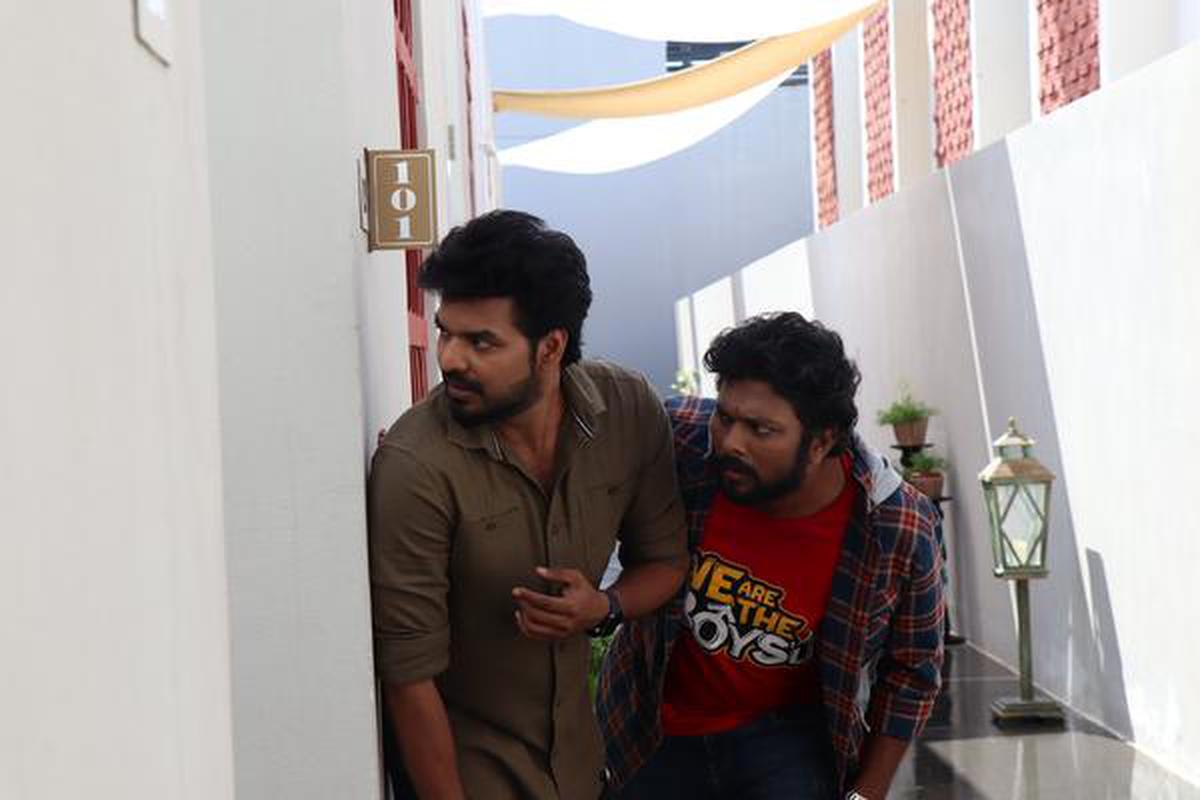 Jai and Rajkumar in ‘Triples’

The series sees him sharing screenspace with actors Vivek Prasanna and Rajkumar. Jai has picked several multi-starrer scripts, including Goa, Chennai 28 and Kalakalappu 2 in a career that kickstarted in 2002 with Vijay’s Bhagavathi. “Even in cricket, you get a high when you play with an unknown team and win. Likewise, I would describe acting with other actors as a happy race,” says Jai, who picks out Jiiva and the Chennai 28 gang as actors who he gets along really well.

He also has director Suseenthiran’s Shiva Shiva coming up, for which he reportedly underwent a physical transformation. Ask him about it, and he says, “Nothing very special about that; it’s not like I have attempted something like Kamal Haasan’s transformation for Marudhunayagam! All I did was to follow a strict diet to look lean. It is also the first time that I have sported a vesthi for the screen…it felt nice.”

Shiva Shiva is extra special for the actor because he turns a music composer. “I have spent a lot of time in recording studios in my childhood [composer Deva is his uncle]. I have been there during the sessions of Annamalai and Baasha,” he recalls, “I have always had the dream of becoming a music composer, if not for my acting career. Thanks to the lockdown, I re-kindled the musician in me.”

Modi should enter into direct dialogue with farmers: Gehlot

Prime Minister Narendra Modi arrived in Washington on September 22 on an official visit to the U.S....