The rise of the third generation in Carnatic music

Semmangudi Srinivasa Iyer strode Carnatic music like a colossus. However, nobody in his family followed in his footsteps. Explains his eldest daughter, Santha Kasy Aiyar: “My father was not in favour of his children pursuing music professionally. He felt that involvement in music would hamper our academics. He gave a lot of importance to formal education. Earnings through music concerts were uncertain then; success required a lot of luck besides talent and rigorous practice.”

In many cases, however, even if the second generation has eschewed their legacy, it has been picked up by the third. It’s the grandchildren of the legends who have kept the music flowing.

In a discussion filled with mirth and nostalgia, seven third-generation musicians spoke about lineage and what it means to them.

There’s no doubt their legacy often eases their path. It’s easier to get initial performing opportunities since it is assumed that a stalwart’s grandchild will surely pass muster. Second, reputed artistes agree more willingly to be accompanists. And finally, soft skills are absorbed from childhood by osmosis. As Ramprasad says, “How to interact with organisers, senior artistes and peers comes naturally.” Even staying on in the field is aided by antecedents, says Anantha.

It was different for the Akkarai sisters though. Their grandfather was largely unknown in Chennai, and it is they who are now making the world aware of him, by presenting his compositions at their concerts. They released a book of his compositions on his birth centenary.

Musical provenance does not always mean everyone becomes a performer. Many siblings have displayed talent and appreciated music, but have not been keen to take the stage. A lineage does mean, though, that the family better understands the ‘quirks’ of an artiste. “Music is a selfish pursuit. We are often unavailable to others even when we are physically present,” says Anantha.

Interestingly, the second generation opting for financially stable professions has often helped the third return to the arts without worrying too much about the risks involved. Mythili Chandrasekaran, daughter of Sikkil Kunjumani, says her husband encouraged Gurucharan to become a professional singer since they were available as a safety net if needed. The Akkarai Sisters explain, “It was necessity that forced our father to take up a regular job even though music was his passion. But because of him, we never had to worry about finances. He wanted us to achieve what he could not.”

All the musicians acknowledge that their financial security has allowed them to be discerning in the performance choices they make — a contrast from the past. T.R. Rajaram, Palghat Mani Iyer’s son, and father and guru to Ramprasad, “Money in music was really hard to come by in our days. There were very few sabhas and hardly any sponsors. My father wanted us to have stable careers.” 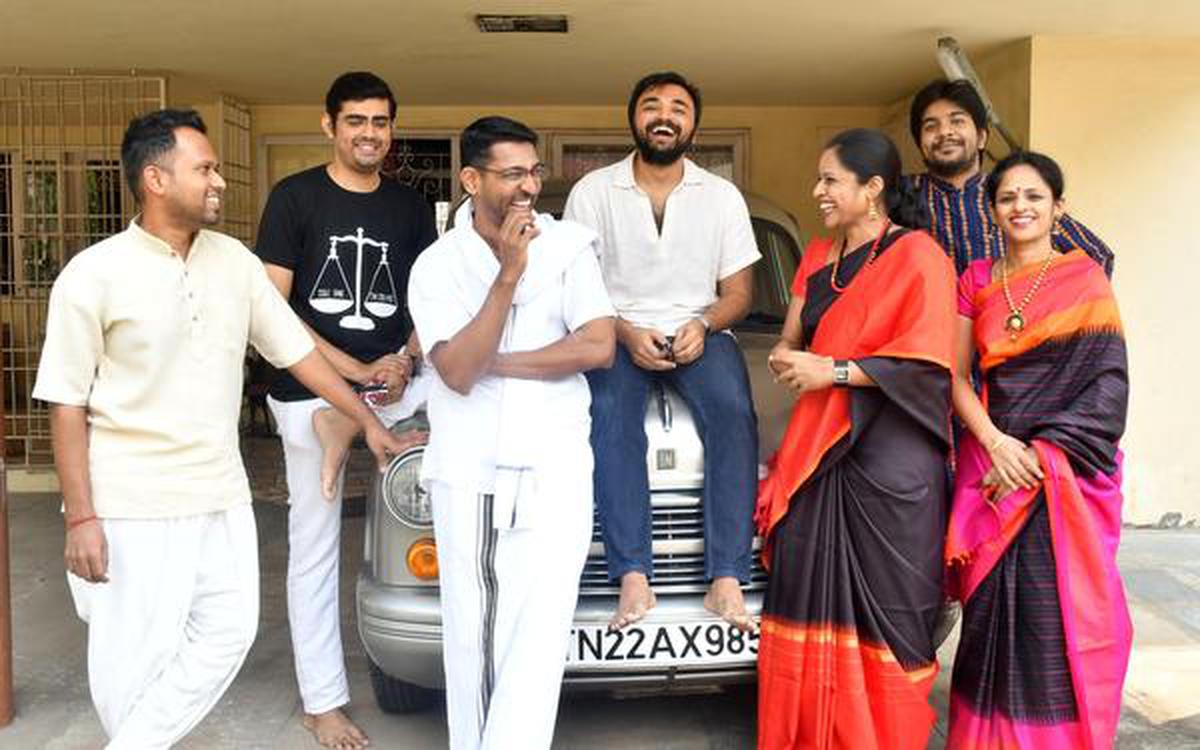 Comparisons are inevitable when you inherit a legacy. Not just for Anantha, Praveen and Jayanth, who took up the same instruments as their musician grandparent, but even for Gurucharan, who became a vocalist and learned from many gurus. He says, “One guru told me that I sing like the flute and it was unbecoming!”

On the flip side, oganisers cite long associations with their grandparents to negotiate lower rates. Praveen and Jayanth believe music is a profession like any other, and needs a proper discussion of remuneration, legacy notwithstanding.

As for emulating their illustrious grandparents, some of the musicians say that the values, social mores and even the music has changed since their grandparent’s days and it is not possible to just blindly imitate. However, Ramprasad, who was barely six months old when Mani Iyer died, wishes to continue unaltered the legacy he has inherited. Gurucharan is more cautious: “Only time will tell,” he says. All agree, however, that their lineage is a source of perennial inspiration. Praveen never met his grandfather, but his aura has exerted an impact. “When his peers speak of him with so much affection, it is a mystery to me; something I am trying to connect with.”

If these young artistes have been able to retrace the path drawn by their grandparents, it has been because of the support and sacrifices of the second generation, their parents. Jayanth’s father played the mridangam for him every night after returning from a hard day at work. Mythili used to take days off to ensure the young Gurucharan was ready for his concerts. The Akkarai Sisters attribute everything to their parents — their father who is their guru, and their mother, the mitigating influence. Ramprasad feels guilty about his inability to give his daughters “even a fraction” of the musical mentoring he received from his father. “If I began performing from a young age, it was only due to his time and effort.”

Listening to the young performers, it is interesting to learn that formidable musical legacies seem to have skipped a generation not so much by choice as necessity. And to wonder at the talents that stayed in the shadows to let a new generation bloom.

The author writes on classical music and musicians.

Hyderabad theatre groups gear up for a live performance with caution

Notes from Dumka by Mihir Vatsa

Rumblings of discontent at Cong. meet over poll debacle

OWO is our largest redevelopment, it is the group’s commitment to Britain