At least 20 passengers coming to India from the U.K. tested positive for COVID-19 on Tuesday as the government issued a stringent new SOPs mandating RT-PCR tests at all airports for each traveller from the country and isolation in a separate institutional facility for positive cases in view of the new coronavirus strain.

NITI Aayog member V.K. Paul said the new strain of COVID-19 reported in the U.K. seems to increase transmissibility and infection rates but the mutation has so far not affected the severity, and case fatality of the disease.

You can track coronavirus cases, deaths and testing rates at the national and State levels here. A list of State Helpline numbers is available as well.

Here are the latest updates: 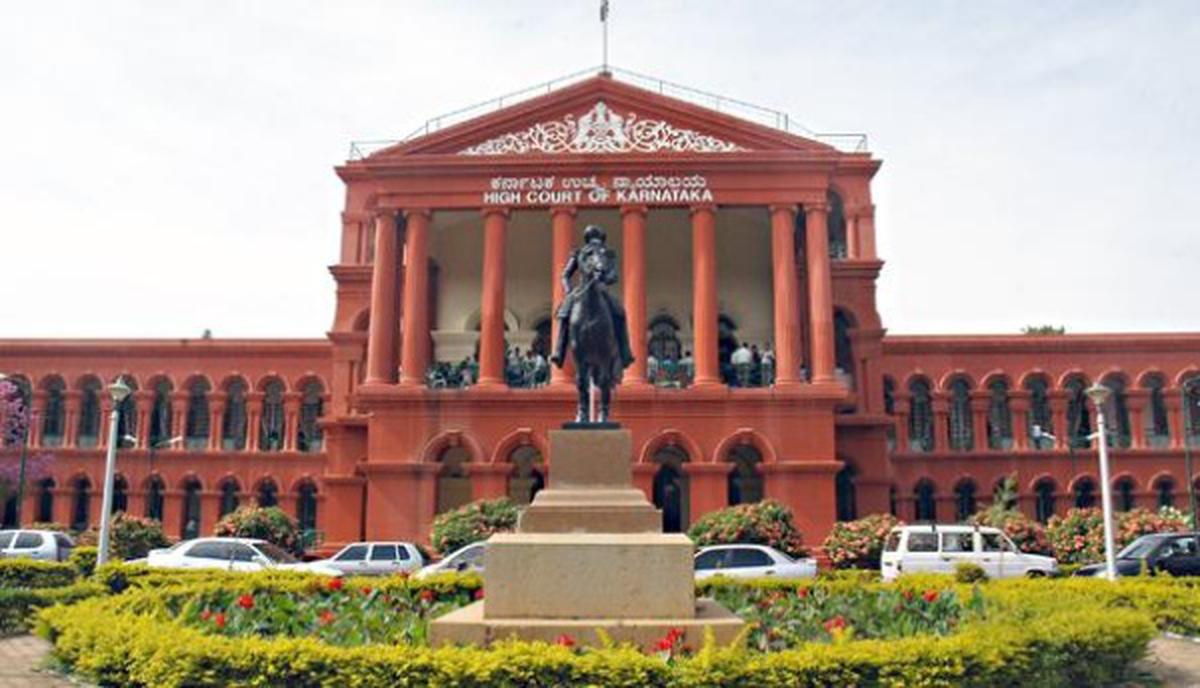 The High Court of Karnataka on Tuesday directed the State government to submit data related to passengers arriving from the United Kingdom (U.K.) to the State through international airports at Bengaluru and Mangaluru since December 7, and on steps taken to subject them to RT-PCR tests.

The Bench issued the direction after advocates representing petitioners expressed apprehension about possibility of spread of new strain of COVID-19 from U.K. as already a large number of travellers from U.K. have reached the State and there is an urgent need to subject them to the COVID-19 test.

Karnataka unlikely to change plan of reopening schools from Jan. 1

The Karnataka government is unlikely to immediately postpone the plan to reopen schools from January 1 for some classes.

The State’s COVID-19 Technical Advisory Committee (TAC) that met on Tuesday in the light of the new strain of SARS-CoV-2 emerging, has recommended that the government should wait and watch the situation for the next four weeks and then take a call.

TAC sources told The Hindu that it was too early to roll back the government’s decision on schools reopening as of now.

“Mutation of any virus is natural and all that we now know is that the new strain is highly contagious, 70% more than the original virus. However, there is no change in its virulence and symptoms. It is a dynamic situation,” sources said.

COVID-19 screening mandatory for all U.K. returnees in A.P.

In adherence to the letter issued by the Union Secretary of Health in the wake of a new strain of COVID-19 (SARS-CoV-2) surfacing in the United Kingdom, the A.P. State government has instructed that all travellers from the U.K. will be screened and made to undergo RT-PCR test.

Those who test negative will be allowed to go, but they will have to observe a 14-day mandatory home quarantine. These norms apply to the passengers travelling either directly from the U.K. or travelling through connecting flights or those who entered the country using any other means of transport.

“We have issued orders to the Collectors and Superintendents of Police to trace the people arriving from abroad and take these preventive measures,” said Commissioner of Health and Family Welfare Bhaskar Katamneni.

India’s COVID-19 caseload rose to 1,00,99,066 with 23,950 new infections being reported in a day, while the number of people who have recuperated from the disease surged to 96.63 lakh, according to the Union Health Ministry data updated on December 23.

The number of people who have recuperated from the disease surged to 96,63,382 pushing the national recovery rate to 95.69%, while the COVID-19 case fatality rate stands at 1.45%.

The COVID-19 active caseload remained below 3 lakh for the second consecutive day.

The Andhra Pradesh government has made partial modifications to the State and district-level committees constituted to plan and implement various activities related to the vaccine for coronavirus. This is to ensure inter-departmental coordination with the aligned departments and mobilisation of resources.

The State task force will work under the chairmanship of the Principal Secretary, Health and Medical and Family Welfare Department.

Sample collected from U.K. flyer in Chennai sent to NIV

Tamil Nadu Health Secretary J. Radhakrishnan said officials were tracking the contacts of the passenger. “We are tracking persons who were seated adjacent to him, three rows ahead and three rows behind.” He said nine persons who arrived from the U.K. by another flight were also tested. “We will be following the Standard Operating Procedure issued by the Government of India and will track the contacts,” he said.

He said officials activated the testing booth at the Chennai airport. “We got the list of persons who arrived on domestic flights, and are monitoring them. We are doing this foolproof. Similar measures are implemented at the airports in Coimbatore, Tiruchi and Madurai. We have set up information booths for persons coming from nearby airports,” he said.

FIRs against migrants to be withdrawn

The Delhi government has directed the Home Department to withdraw all FIRs and complaints lodged against migrant labourers during the lockdown period.

“As per the directions of CM Arvind Kejriwal necessary instructions issued to Home Department to withdraw all FIRs/complaints lodged during lockdown against migrant labourers,” Delhi Home Minister Satyendar Jain said in a tweet.

The cases are related to the migrant labourers allegedly violating the Delhi Disaster Management Authority (DDMA) guidelines during the COVID-19 pandemic, when they were trying to go back to their hometowns from Delhi, a Delhi spokesperson said. “The Home Department will now approach the court for withdrawing the FIRs,” he said.

The Delhi government has directed officials to trace and test all passengers who have travelled from the U.K. in the last 14 days and the process has started in the city, according to authorities.

Also, five people who have travelled from the U.K. have tested positive for the virus, said Genestrings Lab in a statement on Tuesday. The company is conducting mandatory RT-PCR tests for passengers from the U.K. arriving at the Delhi airport.

“The new mutation is spreading fast in the U.K. According to the data, there has been a rapid spurt in cases, around 30,000 cases per day,” Delhi Health Minister Satyendar Jain said.

Indian carriers Air India and Vistara rescheduled their flights from the U.K. to be able to return to India in time to comply with the ban on air travel from the island nation effective from from Tuesday midnight.

Air India rescheduled its Mumbai-London-Cochin flight, and operated its flights between the UK capital and Ahmedabad and Delhi as per schedule, according to an airline spokesperson.

The arrival time for Vistara’s UK 18 flight was also advanced to 11.30 p.m. on Tuesday. The government on Monday announced a ban until December 31 on all flights to and from London to curb the entry of a new strain of coronavirus found in the UK.

In response to queries on whether there would be bans on other countries where a mutant strain similar to the one in the UK was found, a government official said no decision has been taken on the matter.

The World Health Organization (WHO) will convene a meeting of members to discuss strategies to counter a new, more infectious coronavirus strain that emerged in Britain, its European chief said on Tuesday. He did not give a date for the meeting.

The WHO cautioned against major alarm over the variant, saying it was a normal part of a pandemic’s evolution. It also praised Britain for detecting it. 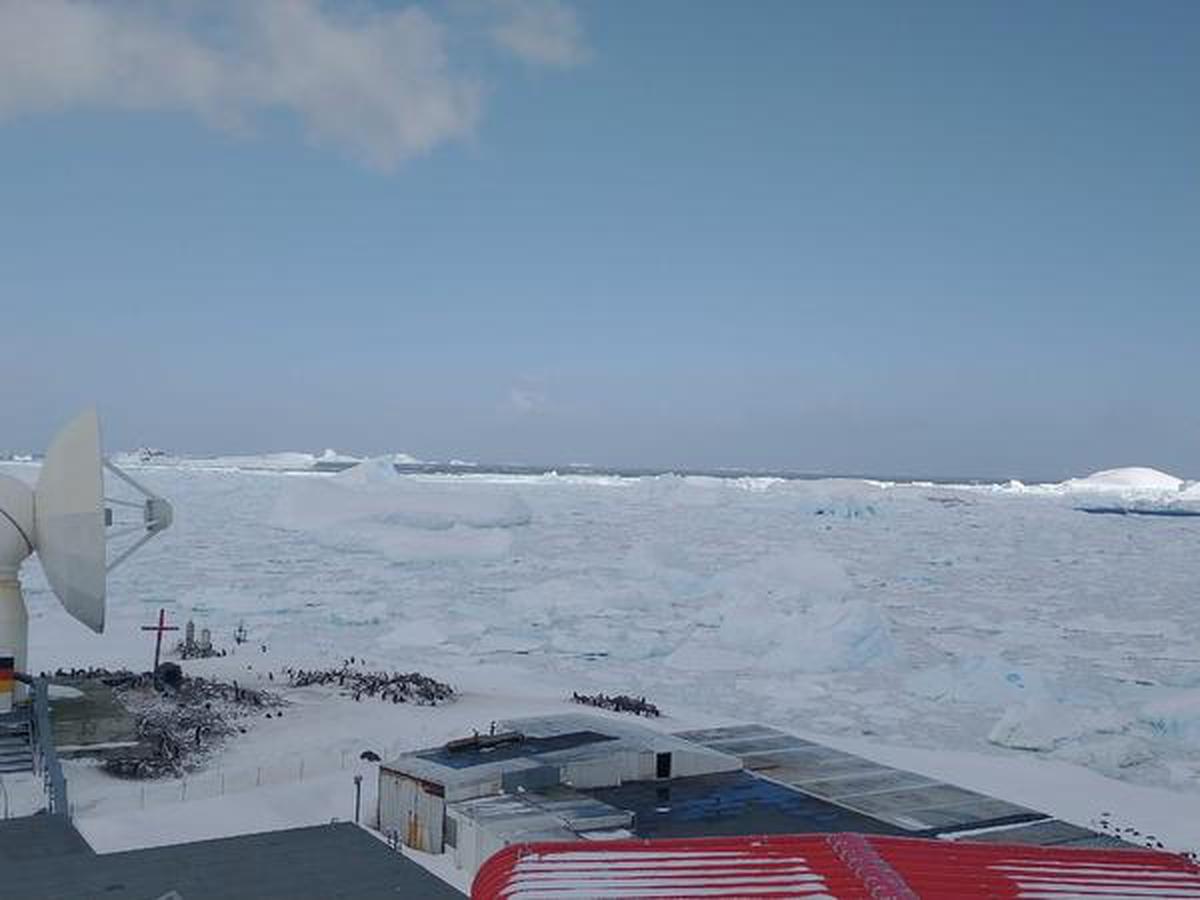 Chile’s Bernardo O’Higgins army base area is seen at Antarctica in this undated handout photo provided by the Chilean Army on December 22, 2020.

So far no other country with a presence in Antarctica has publicly reported any other cases.

Chile’s army announced Monday that 36 people at the Gen Bernardo O’Higgins Riquelme Antarctic base have tested positive, and on Tuesday the Health Minister for the Biobio region in Chile said there are 21 infections involving people aboard the Chilean navy’s Sergeant Aldea supply vessel.

Forest Department personnel have intensified combing operation for the elusive leopard that has snatched away the sleep...