Indrajit Lankesh: ‘Shakeela’s rags to riches and back to rags story piqued my interest’

Filmmaker Indrajit Lankesh discusses the aspects of actor Shakeela’s life, which he has made into a film

Kannada filmmaker Indrajit Lankesh’s upcoming film, a biopic on actor Shakeela bearing the same name, is having a theatrical release on December 25 in five languages, including Tamil. Starring Richa Chadha in the titular role, alongside Pankaj Tripathi, the film tracks the rise and fall of an actor who gained the status of a controversial personality for appearing in ‘B-grade’ films, before she made the transition to mainstream cinema by playing bit part character roles.

Edited excerpts from an interview with Indrajit Lankesh:

There were a lot of raised eyebrows when I announced I was making a film on Shakeela. People asked me ‘Why her? Why [a film] on an adult star?’. However, when I interacted with Shakeela before and during filming, I could see the pain in her. Even after acting in 250-odd films, she lives in the same one room house in a dingy neighbourhood of Chennai.

What interested me was this girl, entering cinema as she did from a poor, minority background, walking into the male-dominated Malayalam film industry during the ‘90s and making adult films the trend of the time… her films were dubbed in Sinhalese, Mandarin and other foreign languages. She had a rags to riches and back to rags story. For any filmmaker, that is interesting. I wanted to know what really happened.

What part of the story do you think will resonate with the audience?

Most people coming up in life, especially women, would connect to the part of their life where they were harassed… at workplaces… you know, when they are a little successful and they are cornered or pushed in the business. That is the story I have said in the film.

There are comparisons being drawn to The Dirty Picture…

Both films are based on actors’ lives. The similarity may be the inclusion of ‘picture-in-picture’ scenes because films are an integral part of both subjects’ lives. The Dirty Picture is a hit film; I loved it and Vidya Balan deserved the National Award for her performance. But there were a few cinematic liberties applied. In Shakeela, I have not taken much liberty and tried to stick to her life story as much as possible. 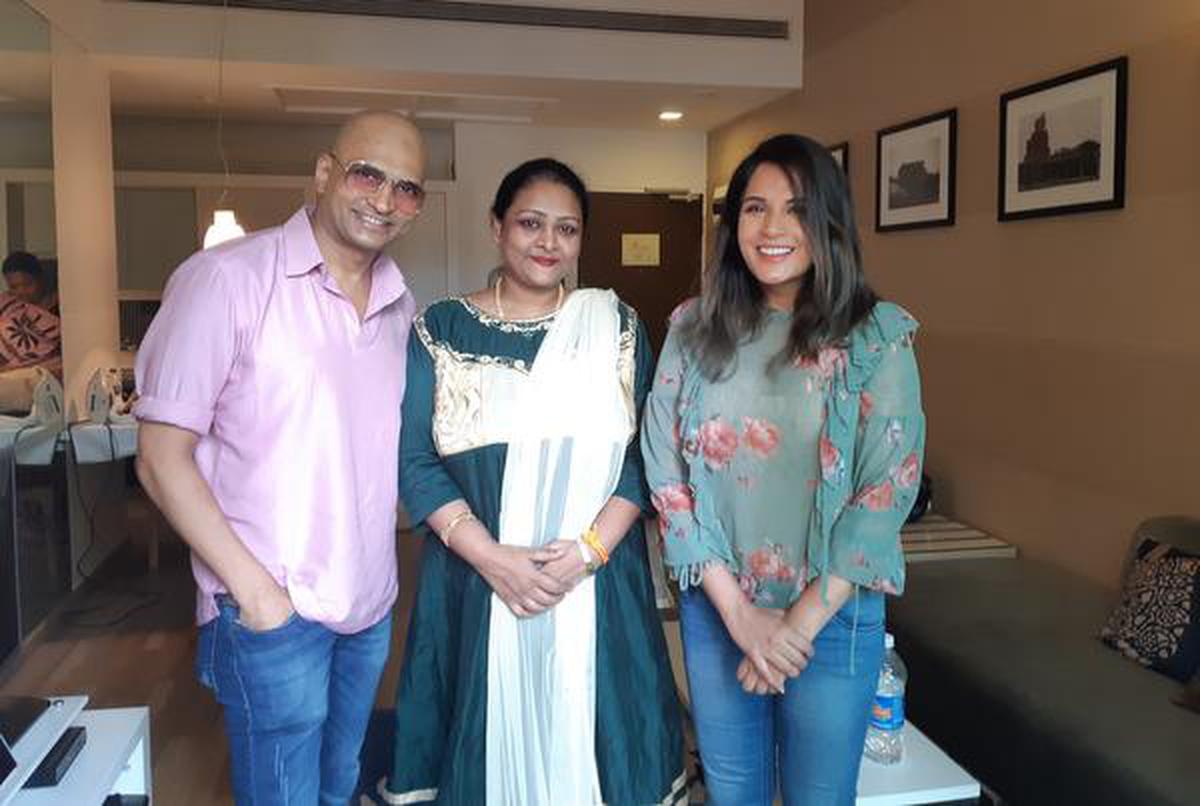 Did you draw from Shakeela’s autobiography for the film’s screenplay?

No, I did not. It was easier because Shakeela is active and she provided a lot of information about herself. I have watched her films as part of my research and I recorded interviews with her on camera for my material. She is someone who talks without filters about her personal life, successes and failures. So that helped me a lot. The challenge was deciding what information to take and what not to. I have given space for audience imagination, but at the same time I have tried not to hurt anybody else.

I made it a point to not cast a lookalike while searching for the main character. Because lookalike will only work for the first 10 minutes, the remaining two hours is about performance. Richa is an educated actor, she never goes over the top and understands the nuances of her character sketch. As a director, I felt she has a lot of layers to her acting, and she has done justice to the role.

With Pankaj, I’m a huge fan. I have heard him say in a few interviews that he wanted the role of a Superstar, and now he gets to play one in my film (smiles).

Mark Duplass on introspection and change after ‘The Morning Show’

All about Sidecar, the only Indian bar in Asia’s Best 50 list, and its creator