OTT to the top: For OTT platforms, 2020 was a time for serious growth

Online content and streaming received a major leg-up in 2020. What worked, what didn’t, and what we can expect in the new year

In the second week of April this year, when it was peak lockdown for a lot of places around the world, including India, the website Reelgood (which tracks OTT releases) released data on the most-watched films on Netflix among American users. What did these choices tell us about this year?

For starters, people wanted to smash their way through this unbelievably challenging time, “whatever it takes”, as per the tagline of Avengers: Endgame, No. 3 on the list. Some wished the unfolding pandemic was a dream within a dream within a dream, much like Inception, the second-most-watched film. And, to nobody’s surprise, the most-watched film in America during lockdown was The Shawshank Redemption, the single most famous prison-break story of all time

Also Read: Get ‘First Day First Show’, our weekly newsletter from the world of cinema, in your inbox. You can subscribe for free here

For OTT platforms, 2020 was a time for serious growth. All these people forced to stay indoors gave the streaming networks untold millions of additional eyeballs every single day; a ‘captive audience’ of sorts. And because movie theatres were closed for the better part of the year, a lot of new movies chose an OTT release over waiting for ‘normalcy’ to resume. This model received a big endorsement internationally when earlier this month Warner Bros. announced that in 2021, a host of their big-ticket movies (like Dune and The Matrix 4) are going to be released in cinemas — but alongside a simultaneous, 30-day limited release on the streaming service HBO Max.

Unfortunately for Bollywood audiences, most major Hindi films that chose this route turned out to be massive duds — Sadak 2, Laxmmi, Chhalaang, Gulabo Sitaabo and Khaali Peeli among them. There were outliers like Netflix’s Gunjan Saxena and Dolly Kitty Aur Woh Chamakte Sitare and Amazon Prime Video’s Shakuntala Devi, but these were few and far in between.

Towards the end of the year, Prime Video’s Unpaused delivered a collage of some heart-warming and smartly written short films set in the current COVID-19 epoch. Not surprisingly, two of the most interesting Indian films of the year came from the stellar Malayalam film industry — Trance and C U Soon, both starring Fahaadh Faasil, a formidable shape-shifter operating at the height of his powers. In my opinion, 2020 was a much better year for the Indian web series, because of the sheer variety of good, competent, thoughtfully written shows on display. Paatal Lok was a brilliant, noir-adjacent exploration of urban decay and a certain hubris peculiar to the English-speaking Delhi journalist (props to Neeraj Kabi for one of the finest performances of the year).

Panchayat impressed one and all with its ease of storytelling and its superb performances — and also because good, meaty stories from rural India are increasingly rare in this space (Jamtara et al remain mostly in the realm of caricature). Hansal Mehta’s Scam 1992 (on SonyLiv) took an important slice of modern Indian history and crafted a thoroughly modern adventure around it. Perhaps Voot’s first outstanding original product, Asur marked Arshad Warsi’s triumphant return to dramatic territory — his portrayal of a cop chasing a demon-obsessed serial killer was brutally effective and one of the best things about this show.

Among international OTT trends, Disney flexed its muscles towards the end of the year by announcing literally dozens of new

projects. These included new Star Wars shows like Ahsoka and Obi-Wan Kenobi, new MCU (Marvel Cinematic Universe) films and shows like She-Hulk, Secret Invasion, Ironheart, Hawkeye and so on. When you take into account Warner Bros.’ announcement about their 2021 films releasing simultaneously in theatres and online, one thing is clear — the big franchise wars of Hollywood are now being fought in the OTT space. 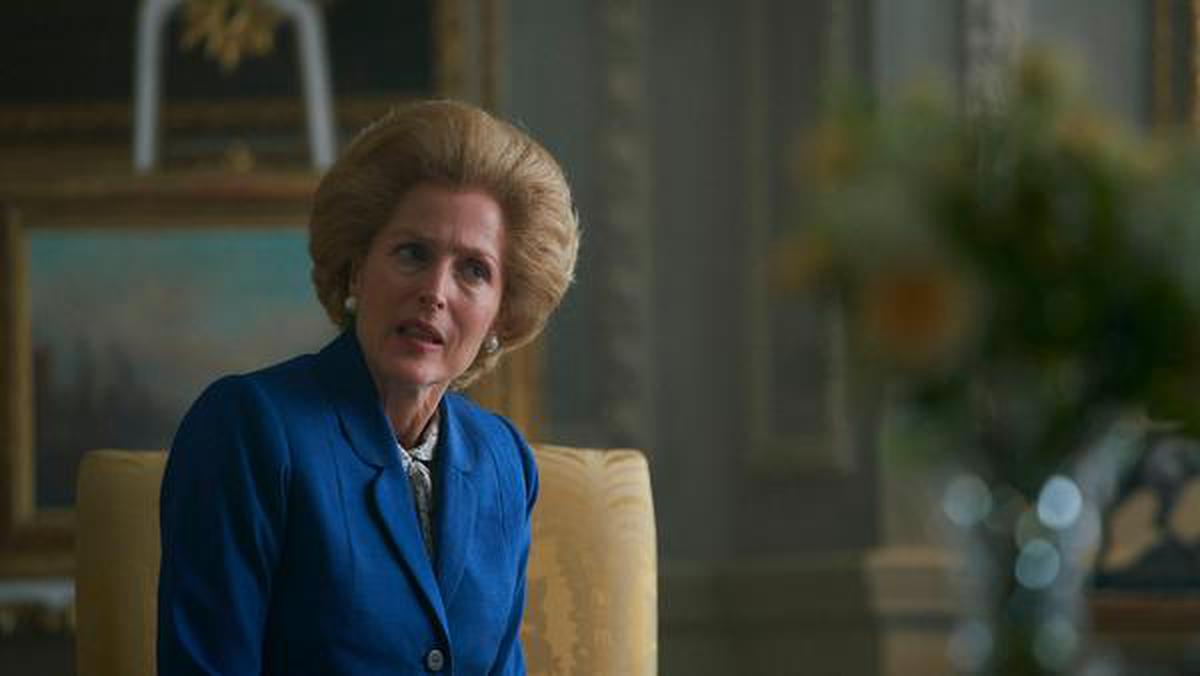 Some of the best OTT performances of the year, incidentally, came in period dramas about real-life people — Gillian Anderson’s remarkable outing as Margaret Thatcher in The Crown, Viola Davis as the singer Ma Rainey in Ma Rainey’s Black Bottom, Gary Oldman as Herman J. Mankiewicz (the screenwriter of Citizen Kane) in Mank, Elisabeth Moss as novelist Shirley Jackson in Shirley and so on.

This trend promises to continue next year, too, when we see Kingsley Ben-Adir playing Malcolm X in One Night in Miami, and Kate Winslet playing British paleontologist Mary Anning in Ammonite.

Among new platforms, Quibi’s rise and subsequent fall should be a lesson for nascent platforms — don’t bite off more than you can chew (Quibi started operations in April 2020 but had to shut down in October after grossly over-estimating the number of potential customers). In India, however, we saw the emergence and expansion of new OTT players. MX Player received a $110 million investment led by the Chinese MNC Tencent in October 2019 — as a result, we saw MX Player releasing a great many new shows in 2020 (Ek Thi Begum, Bhaukaal, Raktanchal, Ashram) and announcing several new Indian originals for 2021. Content proliferation, which was incentivised in 2020 due to the increased audience for OTT, will only increase in 2021 — as a result, the next big trend is likely to be content curation. Reelgood, mentioned here earlier, is one such service.

There are several others now, like Stremio, Flixjini and JustWatch. These services select what they feel is the best content across various platforms and allow users to play that content natively, within the app (except JustWatch, which redirects users to the OTT platform the content belongs to).

When there’s far too much content to make sense of, curation is king; and this could end up being crucial to the streaming wars of 2021.

The writer and journalist is working on his first book of non-fiction.

U.P. seized property worth ₹733 crore from alleged mafia and gangsters in 2020

No stickers on buses about new scheme