Prashanth’s Tamil remake of ‘Andhadhun’ has been titled ‘Andhagan’

The Tamil remake of 2018 Hindi black comedy-thriller Andhadhun, in which actor Prashanth reprises the role of Ayushmann Khurrana, has been titled Andhagan.

The film will be directed by JJ Fredrick, who had earlier worked with Jyothika in Ponmagal Vandhal, while Prashanth’s Staar Movies will be producing this film. Prashanth’s father Thiyagarajan had acquired the remake rights of Andhadhun last year. 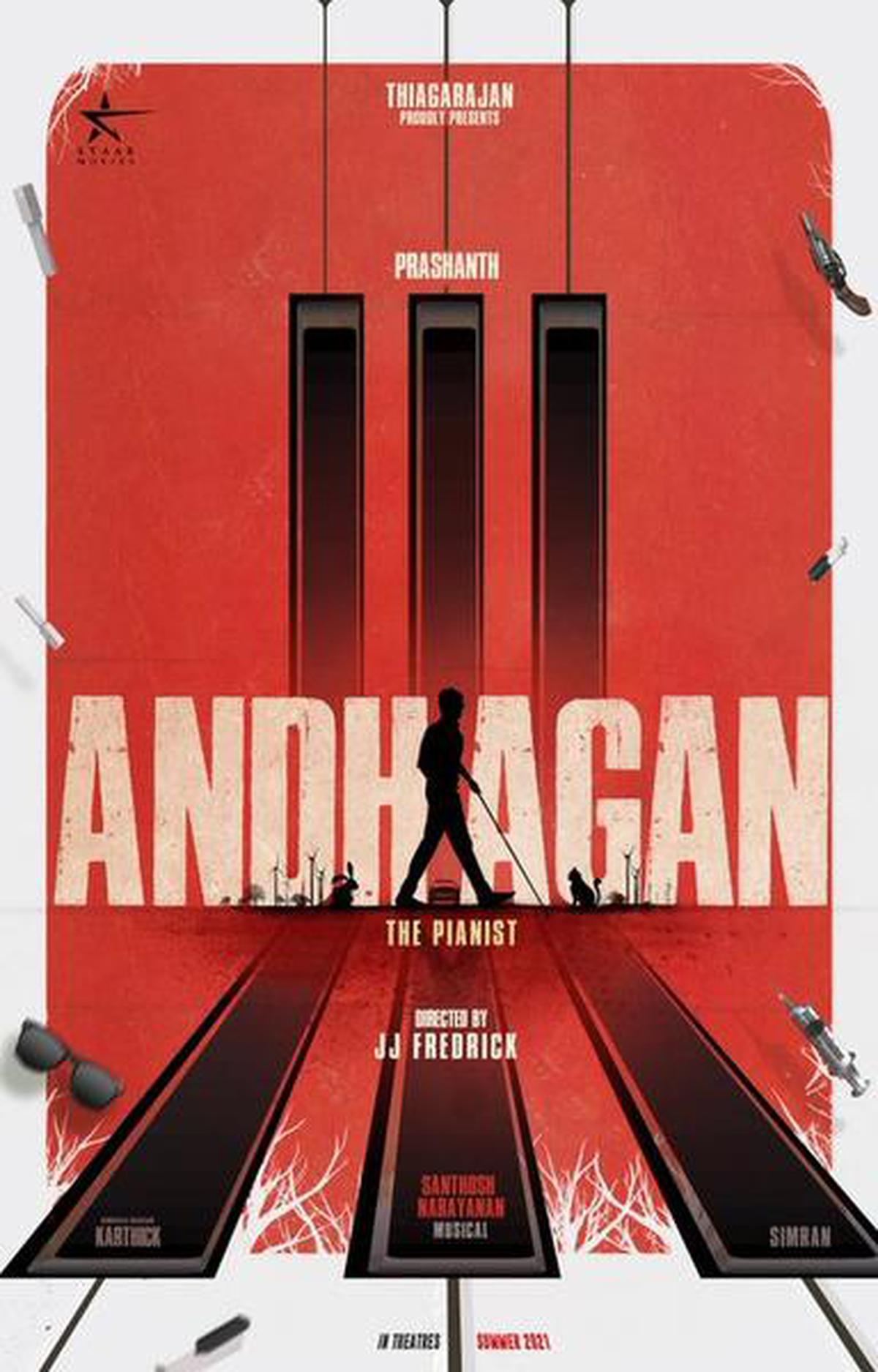 Andhagan will also star Simran who reprises Tabu’s role from the original, and actor Karthick too is part of the cast. The film’s music is by Santhosh Narayanan.

The original Hindi film Andhadhun, which was directed by Sriram Raghavan, follows the story of a seemingly-blind pianist who gets mixed up in the murder of an ex-actor. The film won three National Film Awards: Best Feature Film in Hindi, Best Actor for Khurrana, and Best Screenplay.

A letter from the Editor

Your support for our journalism is invaluable. It’s a support for truth and fairness in journalism. It has helped us keep apace with events and happenings.

The Hindu has always stood for journalism that is in the public interest. At this difficult time, it becomes even more important that we have access to information that has a bearing on our health and well-being, our lives, and livelihoods. As a subscriber, you are not only a beneficiary of our work but also its enabler.

We also reiterate here the promise that our team of reporters, copy editors, fact-checkers, designers, and photographers will deliver quality journalism that stays away from vested interest and political propaganda.

Simbu has transformed himself for ‘Maanaadu’, says Venkat Prabhu

Boards 2021: Why CBSE will increase evaluation centres this year

NEW DELHI: Results for classes 9 and 11 in Delhi government schools were announced on Tuesday, nearly...