The ‘friluftsliv’ way of embracing the outdoors like the Norwegians

After a year of being indoors, it is perhaps time to understand this Nordic concept of spending time in Nature, immaterial of the weather

“Friluftsliv? It doesn’t really have a direct translation.” Oslo-resident Mikael Ravndal ponders over the Norwegian word for the concept of embracing the outdoors, that rose to prominence globally in the past year as we were forced to remain indoors for months on end. He ventures a guess: hiking? No, skiing? And then says, “It is just about spending time in Nature and not being in a rush.”

According to Norway Tourism, the expression friluftsliv was invented by the famous Norwegian playwright Henrik Ibsen in the 1850s, who used the term to describe the value of spending time in remote locations for spiritual and physical wellbeing. But the concept of being in Nature for purely recreational purposes, has been part of Norwegian culture for centuries.

As a philosophy, friluftsliv promotes a simple life in Nature without destroying or disturbing it. It proved helpful for Sadiya Showkat when she had to spend the past year in Oslo, away from her family in Kashmir. She would walk the outdoors for an average of six kilometres almost every day. She soon understood the idea that Norwegians around her subscribe to: ‘There is no bad weather, just bad clothing.’

“Sometimes, when there is enough snow, my group leader skis to work. Most people own skis; people entering metros with skis in hand is also not uncommon,” she says of the city also known for its affinity to biking. A lake near where she lives, Lake Sognsvann is a popular spot for outdoor recreation. “Even in winter, when the lake starts to freeze, there are people who enjoy diving in for a swim. I don’t have the courage for that!” she says.

But back in summer when the days were longer, Sadiya, like many of her neighbours, bought a hammock to lie on, overlooking Sognsvann. “Owning a hammock is pretty common here. We take our hammocks outside to tie it wherever we find trees,” she says. Embracing the outdoors also brings a shift in dietary schedule: early lunches and dinners, to be in sync with the sun. 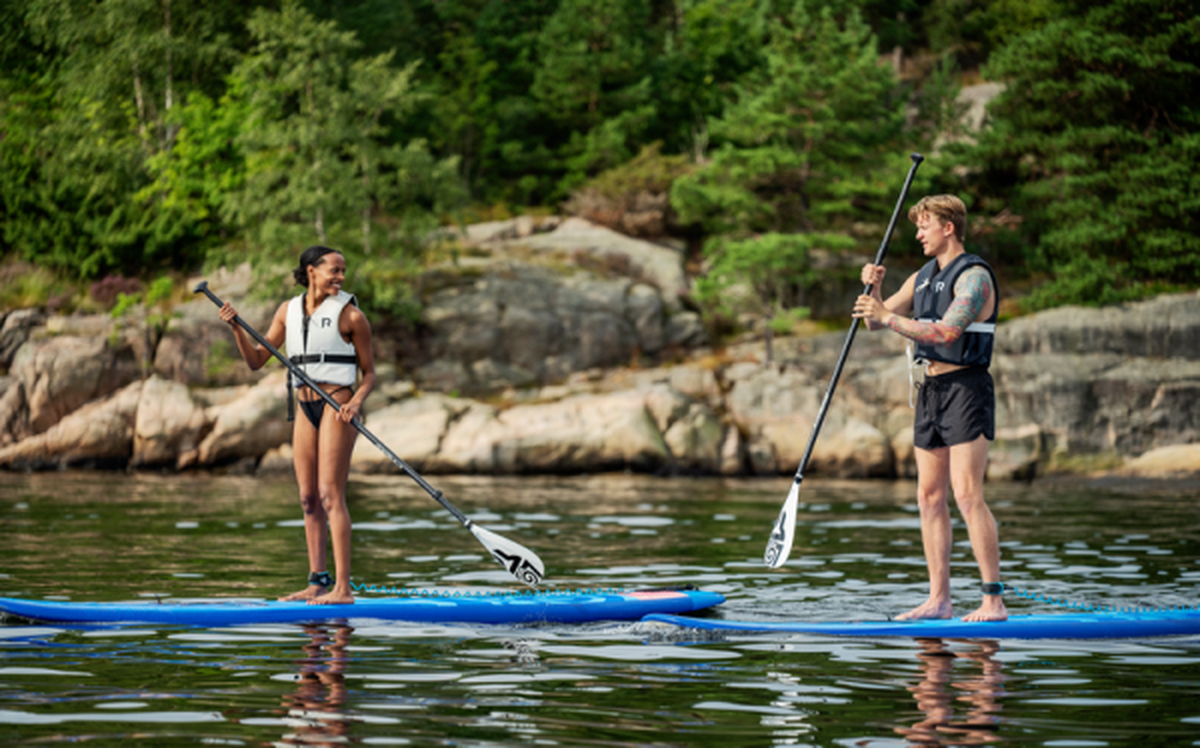 When the climate is not ideal, you learn to appreciate what you have and adapt to it, believes Mohit Batra of Scandinavian Tourism Board. “Little children are taught that when the sun is shining, you need to be out, whatever you are doing, even if you are studying, go outdoors and do so,” says Mohit. In fact, Norway has several outdoor kindergartens (friluftsbarnehager), where children spend 80% of the time outdoors.

None is perhaps a better example that Mina Florian. At just the age of four, Mina has already slept a total of 300 nights in a tent and climbed five peaks over 2,000 metres, with her outdoor enthusiast father Alexander Read and her faithful companion doll Laura. They document their travels on Instagram, (@minaogmeg).

“I have seen kids as young as four or five tobogganing their way to school in snow,” says Mohit. “Interestingly it reminded me of Kerala in a way — in Alleppey, I would see boats picking up and dropping children at school, much like a bus would.”

Norway’s love for the outdoors is shared by its Scandinavian sister countries. In 2017, Sweden put the entire country on Airbnb to reinforce the idea that Nature was open for all.

The ‘right to roam’ is well protected in Norway too. Norsk Friluftsliv, an umbrella organisation for 18 Norwegian outdoor organisations, has 9.5 lakh members (the population of Norway is over 53 lakh, so that’s 17% of the country). The organisation promotes the right of public access to Nature to show that it increases the understanding of conservation, and improves physical and mental health.

In India, Paddle for Future founder Kumaran Mahalingam has brought this philosophy to Chennai. After leading three paddling expeditions in the fjords of Norway, Kumaran is certain that living a sustainable and healthy life can’t happen without adopting a more outdoorsy lifestyle. He offers paddling camps in lakes across Tamil Nadu and also has an outdoor learning centre at Pichavaram. “If all my expeditions have shown anything, it is that it’s possible to lead a bare, sustainable life. We are consuming more than we need to,” he believes.

In this column, we dissect the buzzwords in health and wellness.

Mauritius reopens: Get ready to swim with dolphins

Now, stay anywhere for 10 months, while Airbnb foots the bill

Delving into the world of autism

Mason held for murder of woman

How to score good marks in SBI PO prelims exam

Reports of Twitter losing “intermediary status” is based on incorrect reading of the law, IFF says

Director Enrico Casarosa and his team do a magnificent job of bringing small-town Italy to life, interspersed...

Swiggy may soon fly food to your balcony using drones