Untapped destinations in and around Visakhapatnam

From little known islands in Konaseema, reservoirs that offer picturesque views to natural hot water springs of Odisha, here are some little-known places in and around Visakhapatnam that are perfect for long-weekend getaways

Located in the dense forests of Eastern Ghats, this quaint little village is an eco-paradise amidst picturesque grasslands encircled by hills. A five-hour drive from Visakhapatnam takes you to Maredumilli which is located on Bhadrachalam – Rajahmundry highway in East Godavari district. It boasts of tourist places like Jalatarangini waterfall, Amrutha Dhara waterfall and Manyam viewpoint, which is situated between these two waterfalls. One can also enjoy the view of a river flowing through hills and disappearing in dense forests at the Sokuleru Viewpoint. One of the must-see places in Maredumilli is Gudisa, the only grassland tourist destination in Andhra Pradesh. Located in a reserve forest that is 45-km away from Maredumilli town, this grassland is surrounded by fields of flowers, and a waterfall. “Though the tourist activity in this area is restricted now due to the damage done by littering and bonfires, Gudisa is one of the best places for stargazing and watching the Milkyway,” says Rakesh Pulapa, a Rajamundhry-based photographer who has been capturing the hinterlands of Andhra Pradesh for over seven years.

Come December and the mudflats, exposed due to the low tides, in Kakinada are buzzing with thousands of migratory birds that have travelled from across the world. “There are easily over 30,000 birds that come from Siberia, Australia and several parts of India,” says Srikanth Mannepuri, a Kakinada-based wildlife conservationist and filmmaker. Indian Skimmer, Bar-tailed Godwit, Black-tailed Godwit, Common greenshank, Great knots are some of the frequent visitors at these mudflats which are over 152 kilometres away from Visakhapatnam. 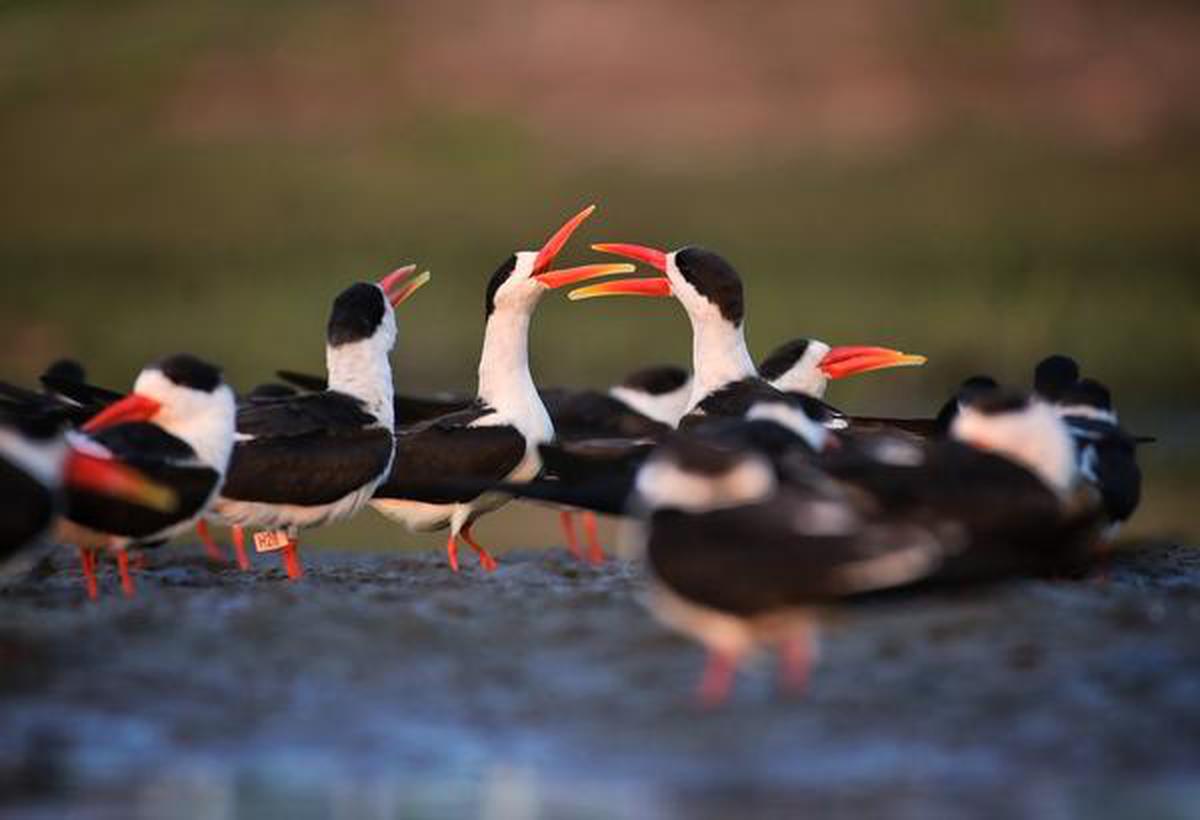 “The mangrove at Kumbabhisekham mudflat is one of the prime habitats for birds—Great knot, an endangered species, and Indian skimmer, which has been listed in the vulnerable category. People who visit these places should know that they should be mute spectators and not disturb the birds’ habitat. Unfortunately, it has been observed that people tend to harm the birds by getting too close to take pictures or hurling stones at them just to see them fly,” says Srikanth.

Watch the sun rise from the midst of dense clouds at this newly discovered spot near Paderu in the Eastern Ghats of Andhra Pradesh. Situated at 3,400 feet above mean sea level, the Vanjangi Hills has become a winter favourite of mountain lovers. The place became popular when trekkers and nature lovers posted some breathtaking sunrise pictures of the sun floating majestically above a carpet of wispy clouds in the hills.

“We had to start at 2 a.m. from Visakhapatnam to reach Vanjangi and view the sunrise. It was all worth the effort. What unfolded before us was a beautiful canvas of a cascade of clouds and a magical sunrise. I literally felt I was floating above the clouds,” says Narendra Chaitanya, a photographer and trekker from Visakhapatnam. The serene village adjoining the Vanjangi Hills, which otherwise was quite disconnected from the urban life’s cacophony, suddenly saw a stream of visitors coming down from Visakhapatnam and neighbouring regions in the past two months. It takes about three and half hours to reach Paderu from Visakhapatnam and a five kilometres walk to reach the vantage point for sunrise view.

Located about three and a half kilometres away from the town Rampachodavaram, Rampa waterfall is a well-kept secret of the East Godavari District. Also known as the Rampachodavaram falls, it is a four and half hours drive from Visakhapatnam and is easily accessible by road. Located in dense forest, the drive to the falls offers an exhilarating view of the green landscape which opens to this waterfall where water cascades from a height of 50 feet. 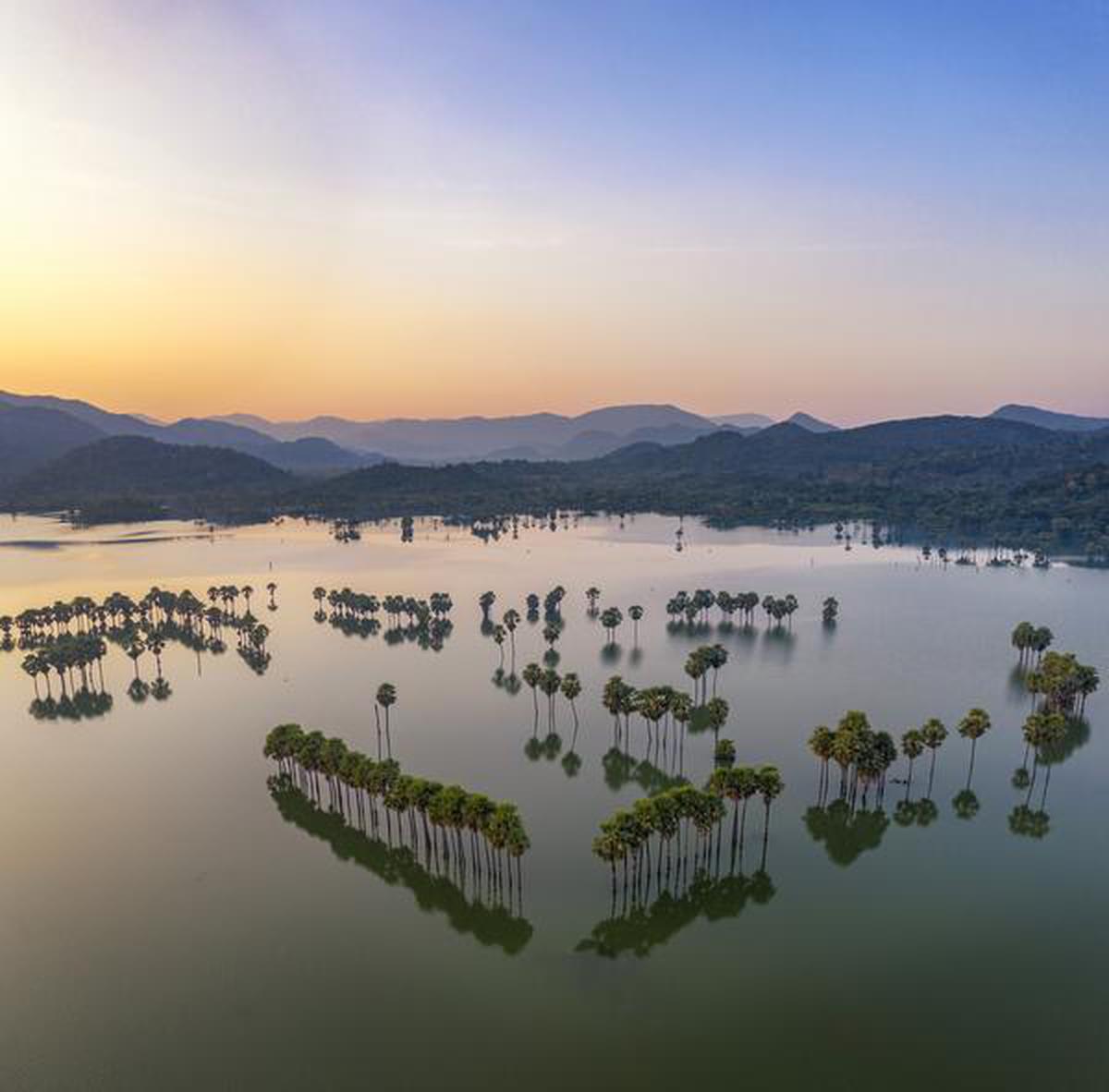 A view of the tranquil waters of Bhupathipalem Reservior

“Just five kilometres away from the waterfall are the breathtaking waters of Bhupathipalem Reservoir. Constructed on Seethapalli Vagu, a tributary to river Godavari, the reservoir is a hotspot for shoots of Telugu movies. It is not a popular tourist destination even among the locals. I discovered the location after seeing it in a song sequence. Since I shoot with drones, I spend a lot of time on Google Earth, so it wasn’t difficult mapping the reservoir,” adds Rakesh.

A five-hour drive from Visakhapatnam will take you to this serene hill station of Odisha called Taptapani. This place is nestled in the Chandragiri Hills and known for its natural hot springs. Situated at an elevation of about 3,200 feet above mean sea level on a plateau of Eastern Ghats, this region is a traveller’s delight. A view of the Padmasambhava Maha-Vihar Monastery at Jeerang, located at a distance of 80 km from Behrampur in South Odisha.

Driving along the valley with towering trees on either sides, it springs up a surprise at every corner. One of the main highlights of the region is the Padmasambhava Maha-Vihar. It is one of the most spectacular and the largest monasteries of South-east India. This newly constructed 75-feet high majestic monastery is built in Otanpuri style of architecture of Nalanda, cocooned amidst the rural landscape of Jeerang. “I visited the region for the first time in December last. It is an ideal place if you enjoy solitude. The monastery is a peaceful complex. When the main door of the prayer hall opens, it brings to light the imposing 21-feet-high Buddha idol,” says Aakriti Bera, who went on a weekend trip to Taptani recently.

Artistic temples, dense forests, coconut groves, vast green fields and the serenity of Godavari are on offer when one visits the Konaseema area of the State. A beauty waiting to be explored, you can visit the islands of Konseema– Shivakodilanka, Kanakayalanka, Razole – through boat rides. A five hours drive from Visakhapatnam takes you to this area that is lush with coconut plantations and their sandy beaches are a perfect spot for winter picnics. While in Konaseema one can also visit Antarvedi, the place where the Godavari meets the sea. You can also visit the lighthouse on the beach to look at the tranquil waters of the Bay of Bengal or spent an evening sitting by a bonfire on the beach. 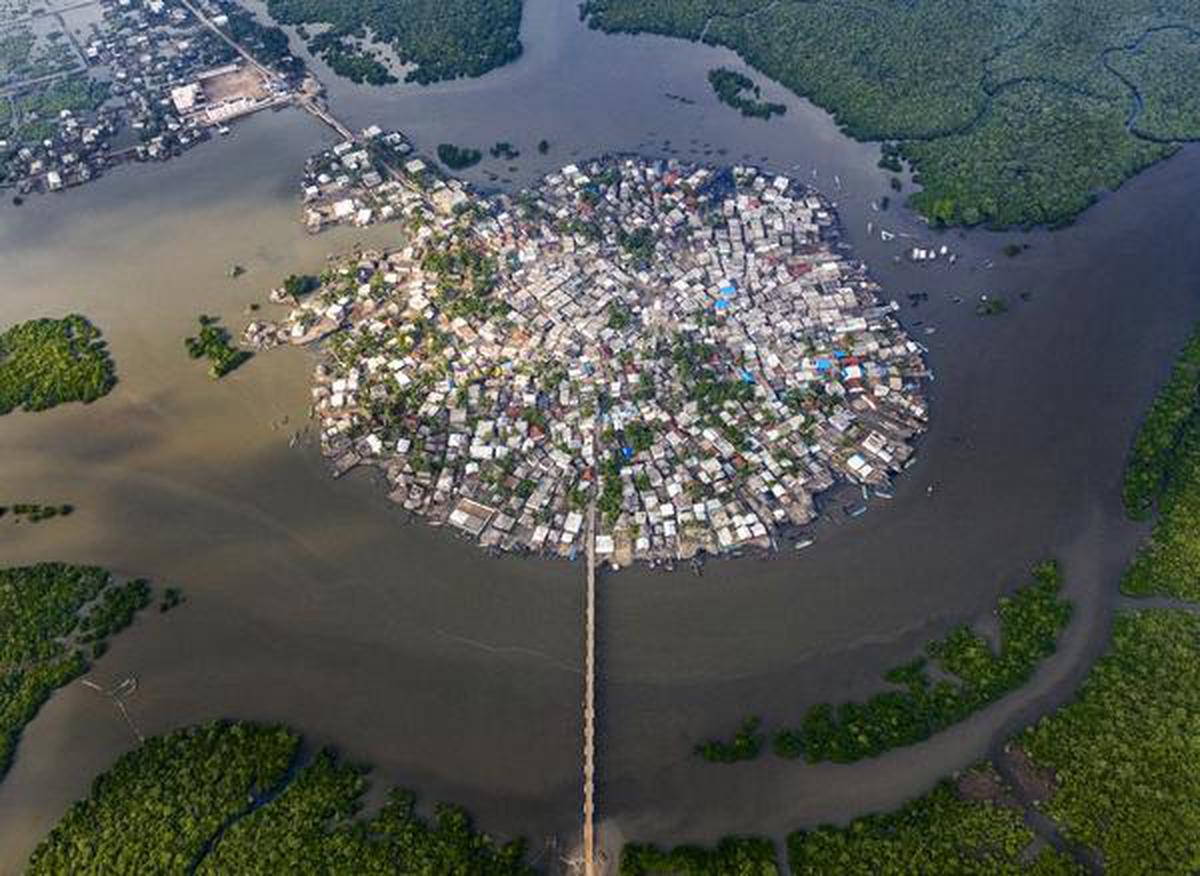 If you are someone who loves seeing animals in their natural habitat, Surasani Yanam in East Godavari, which is over 200 kilometres away from Visakhapatnam, is just the place for you. Hundreds of Olivey Ridley turtles choose the Surasani Yanam beach to lay their eggs as they have less human intervention and shore pollution. “Early in the mornings on can see almost 50 to 60 dolphins as they come very near the coast,” adds Srikanth. The area also boasts of pristine beaches. On World Yoga Day, we pick five scenic yoga spots. Hurry, you might just catch a virtual session with them

‘Maadathy — An Unfairly Tale’ movie review: The ghost of Yosana and the duality of being a woman

Of Anand, simultaneous chess and the cheating controversy

Suburban rail work to start in three months in Bengaluru